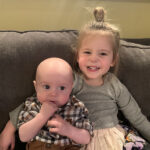 Stephanie (Lavia) Sinovic, Arts ’04, is a senior advancement officer at Drake University and was named to the Des Moines Business Record Forty Under Forty in 2020. Published in Fall 2020

Andrea Hahn, Eng ’04, was chosen as the recipient of the American Federation for Medical Research’s 2020 Junior Physician-Investigator Award. Published in Fall 2020

Phillip W. Ventura, Comm ’04, was promoted to lieutenant colonel in the United States Air Force and selected to command American Forces Network-Pacific, headquartered in Tokyo. In this role he will lead 250 soldiers, sailors, airmen and marines across Japan, Korea, Diego Garcia and Hawaii in the creation and distribution of multimedia content designed to […] 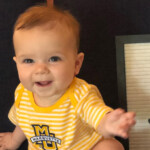 Rachel K. Monaco-Wilcox, Arts ’99, Law ’04, took Female Champion and second overall in her first 100-mile ultramarathon on November 9-10, 2019, at the T-Bunk Endurance Challenge in LaGrange, Wis. She finished the marathon in 22 hours and 18 minutes, three minutes behind the lead finisher. Published in Winter 2020